NEXT SHOW COMING UP JANUARY 15

Top Classical Crossover vocal group, Vivace is a sophisticated and thrilling combination of four exceptional pop and classical singers. Based primarily out of Vancouver, Vivace started merging their talents in 2010, performing at the Vancouver Winter Olympic Games. Since then, they have gone on to tour extensively throughout the United States and Canada, captivating audiences everywhere they go. Members have shared the stage and billed events with artists such as David Foster, Ben Harper, Jackson Browne, Katy Perry, Loverboy, and Colin James, and the group was featured at the TEDxVancouver conference in 2012. Vivace’s stirring combination of male and female voices creates a sound that is exclusively their own, setting them apart in the classical-crossover pantheon. With a rich and diverse repertoire ranging from pop songs, to opera arias, to their own self-written material, Vivace undoubtedly puts a fresh spin on both classical and contemporary music. 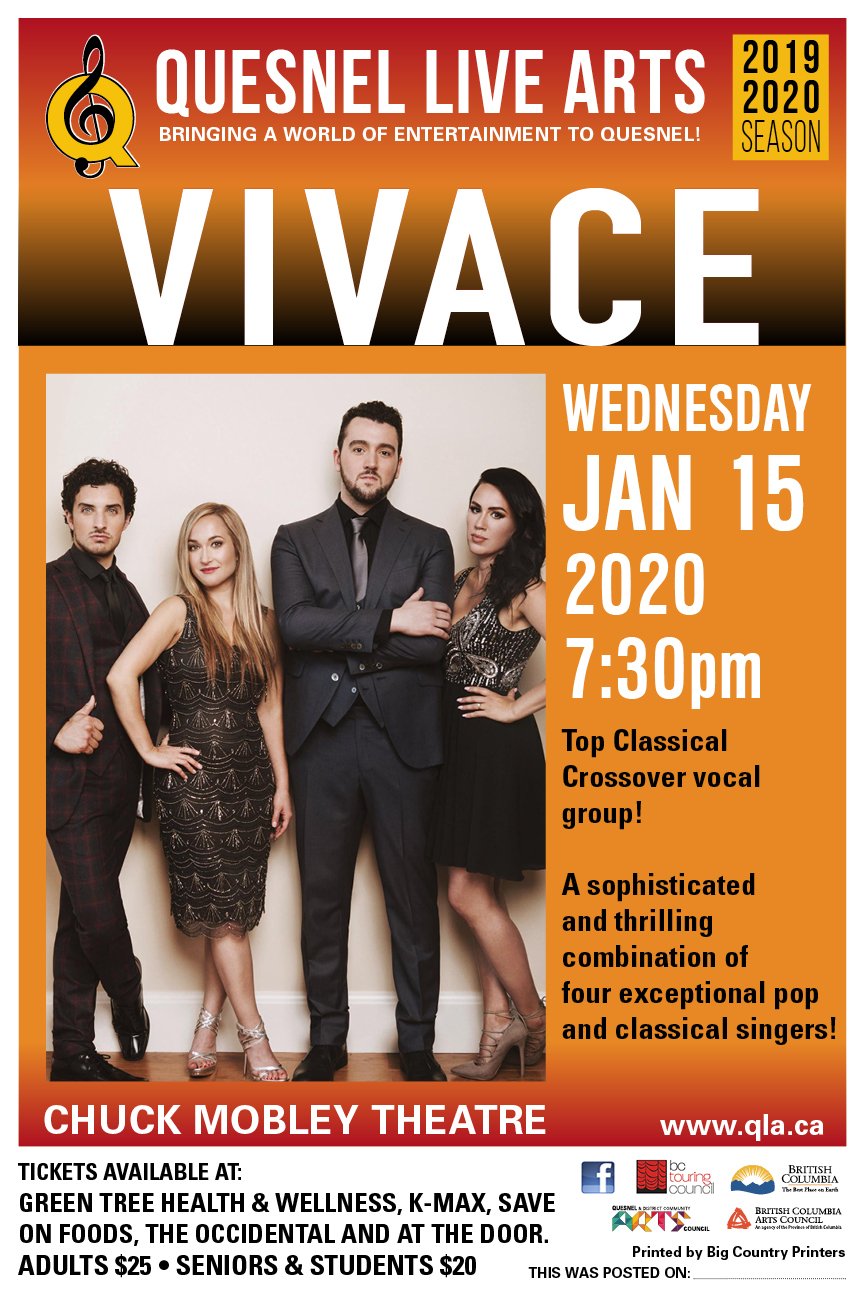 A dynamic ensemble of string players.

Marc Atkinson is one of Canada’s finest!

Performing at the Occidental. Celtic rock.